Diagram 2. Pass behind the back line into space to run onto.

Diagram 3. Pass into a checking forwards feet (Near Forward)

Diagram 4. Pass wide for a Forward to run onto.

Diagram 6. Starting Position 2 - Pressure midfielder lays back to centre back. 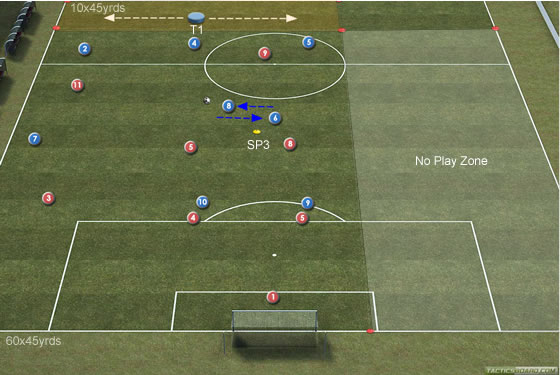 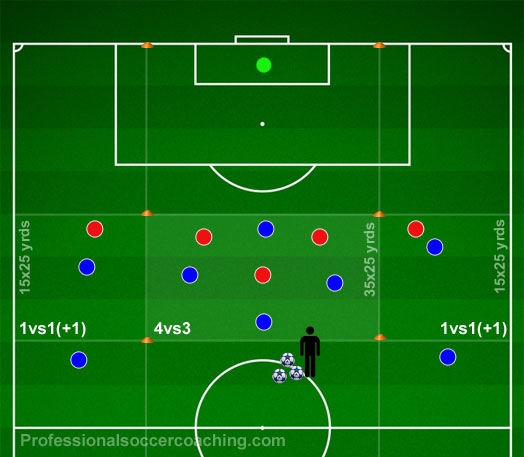 Coach how to create space in wide areas and to exploit space in these areas. Coach how develop 1vs1 attacking scenarios wide and flank play along with attempt to unbalance...

Coach Outside Flank Players on their Att… 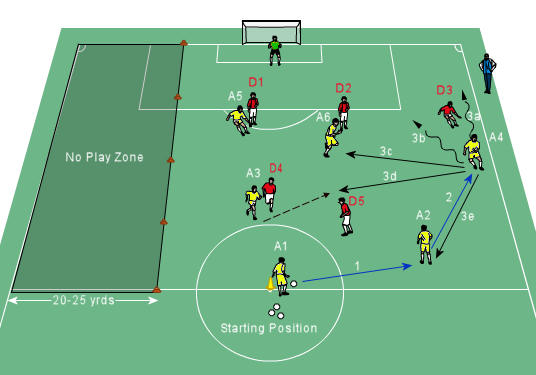 Phase of Play used to coach flank players (Full Backs and Wingers/Outside Midfielders) on their roles and options when going forward to create chances on goal. ...

Coach Developing Play from the Back 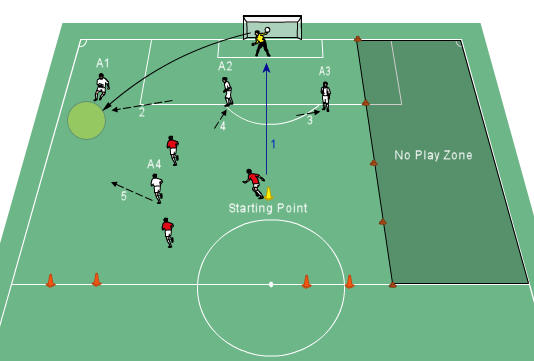 Developing play out the back exercise using functional areas to provide detailed coaching. Training the understanding of the defending and midfield players in building out the back.

Coach a Team to Expand after Regaining P… 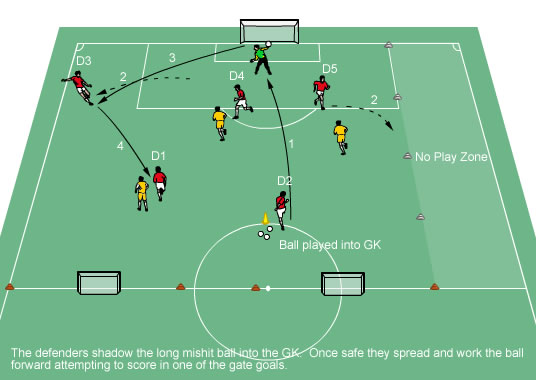 Coaching a team in attacking transition to expand and open up as a group. Creating space to develop play out of the back and establish a foundational shape for possession...

Coach Finishing Around the Penalty Area 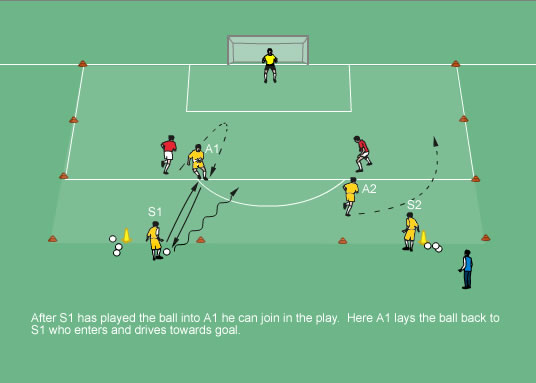 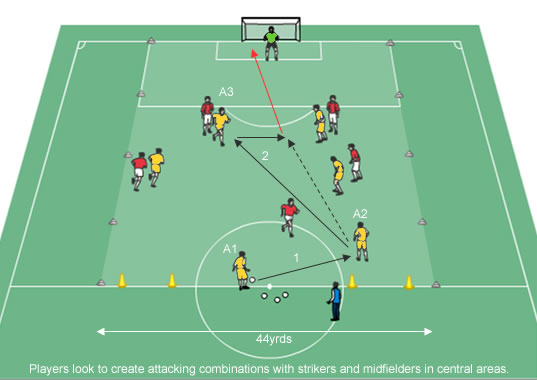 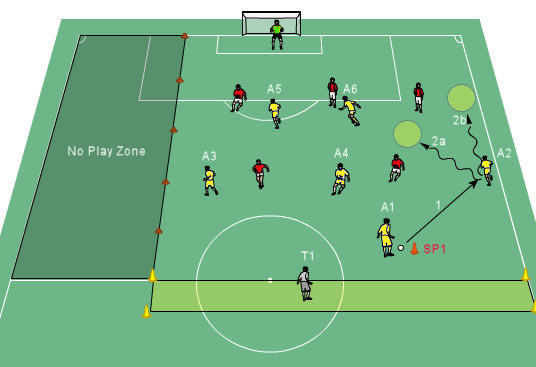 Coaching Outside Defenders on Forward Pa… 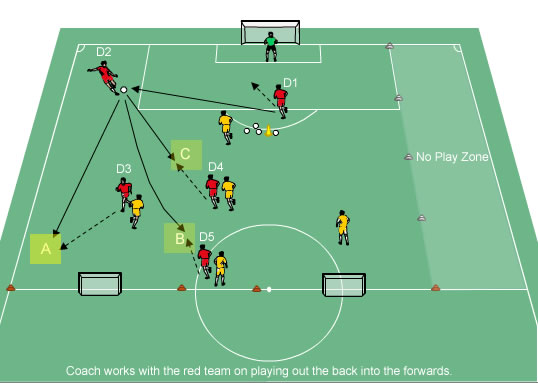 Functional exercise to coach the role of the outside back in the attacking phase. Including decision making and positioning. Looking into the forward options and movement that should occur in... 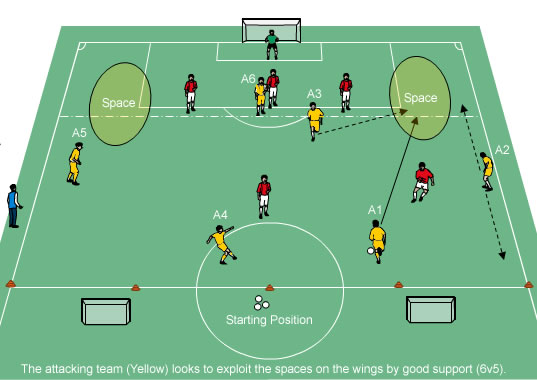 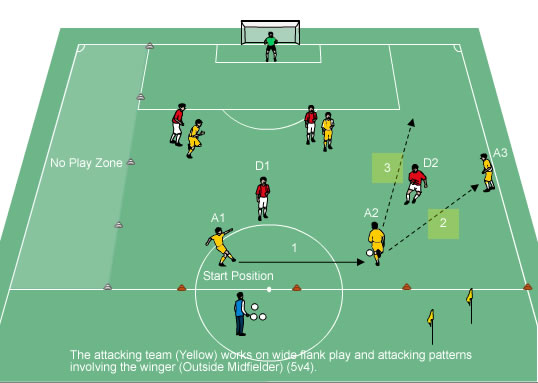