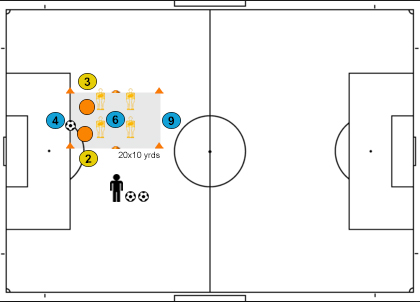 4-3-3 Positional Rondo
Positional rondo exercise in a 433 shape. Could be modified for other formations. Coach possession...

Playing Out the Back with Neutral Full Backs
Playing out the back exercise with progressive difficulty. Foundational level activity to build...

Diamond Rondo (5vs2)
Maintaining possession and looking to penetrate and play into midfield and forward areas in...