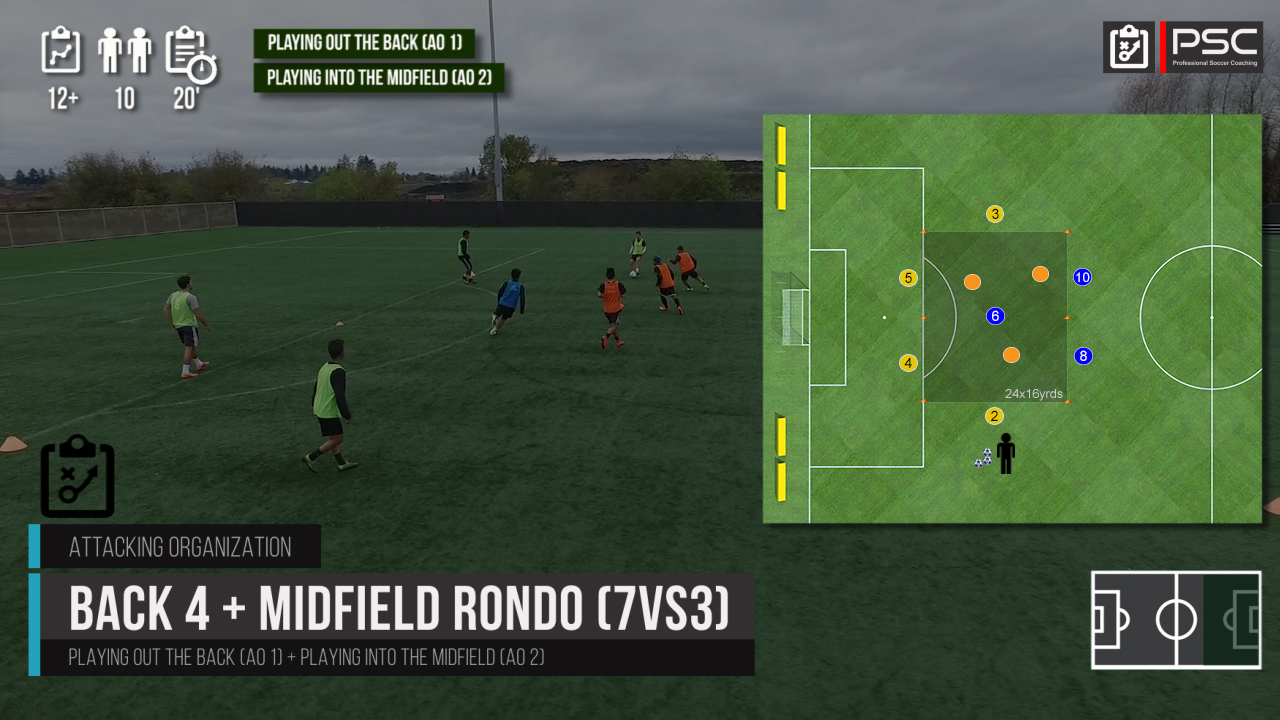 Forward passing and basic tactical positioning to maintain possession prior to playing into advanced positions. Soccer rondo with positions. 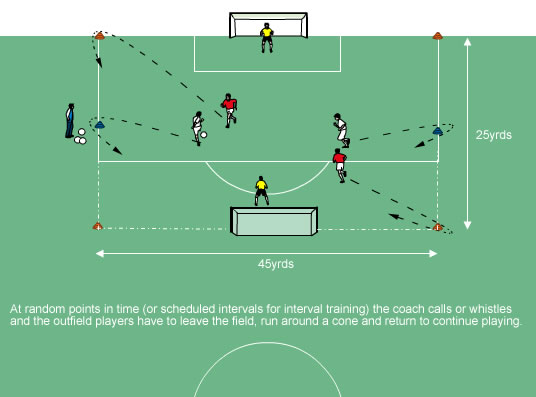 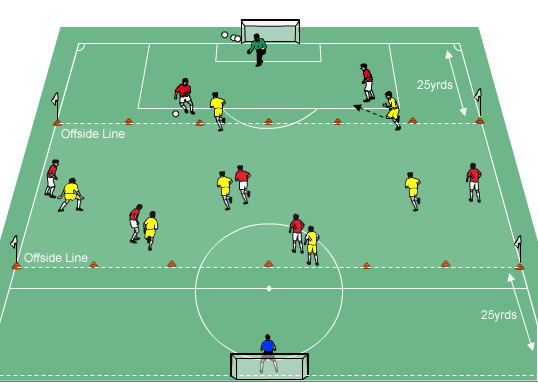 Small sided game that focuses on the usage of the offside line to create opportunities to catch attacking teams offside and conversely for the attacking team to penetrate a high...

Attacking small sided game with objectives of creating and developing shooting and finishing opportunities from around the edge of the 18 yard area primarily. Shooting drill that introduces all some... 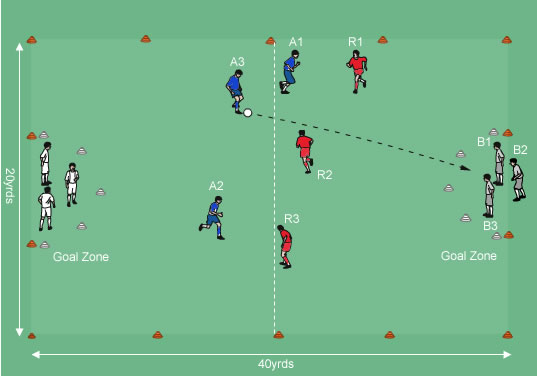 Attacking small sided game with an emphasis on the attacking team breaking quickly against the scoring team. The attacking team is required to quickly transition and attempt to defend the...

Chip to a Zone

Defending and the ability to prevent forward ball movement. Also technical development of the ability to play aerial passes into targets. Developing defending principles and providing immediate pressure on the ball...

Soccer small sided games can be played in a variety of formats. Most commonly; 50x70yds, 60x40yrds, 40x20yrds directional. Thirds of the field should be marked out to aid coaching references. One team is coached on a particular topic related to understanding one to many principles of play (i.e. delay in defense, balance in defense, etc). Examples of a session topic would be; Coach a team on forward passing, Coach a team to Press and Pressure the ball, etc). Start positions can be used to create specific game situations with the other standard FIFA game rules. For other more general soccer drills. These types of games should be an integral part of a comprehensive program.

Attacking Small Sided Games are practice sessions that generally involve two teams playing one of the following formats; 3vs3 up to 4vs4 (40x20yrds) for younger players. 6vs6 up to 9vs9 for advanced players in a 70x50yrds field. One team is coached on a specific coaching objective, (e.g. Coaching Forward Runs, Creating Space, etc). These games may also involve 'floater' players or support teams to acheive coaching objectives.

Possession soccer drills are fundamental to coaching modern football.  The ability to keep possession is one of the most important attacking principles of play in football.

Passing and Movement SSG's
A collection of small sided soccer games that develop and coach habits of passing and moving with the football. Create supporting angles that are appropriate to the ball carrier and help maintain possession in the attacking phase.
Finishing SSG's