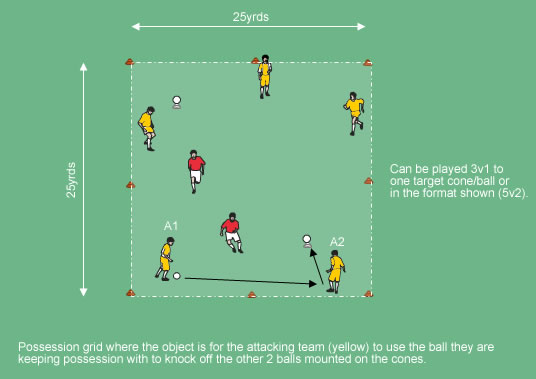 Transitional Rondo (2vs2)+3 (Part 2)
Developing possession skills in small groups with transition phase. Tempo and speed of play in...

Midfield Supportive Passing
This passing and midfield exercise involves developing play out from the defending unit through...

Dynamic Soccer Warm Up
Warm-up with dynamic exercises to be used prior to training or games. Increase internal body...

Playing Out the Back with Neutral Full Backs
Playing out the back exercise with progressive difficulty. Foundational level activity to build...